Posted on November 9, 2018 by buffycooper

We are having so much fun celebrating the 30th Anniversary of Stampin’ Up!®  Although the Live event was supposed to be in another market, they switched the schedule so we could celebrate the anniversary in the United States, since that’s where Stampin’ Up!® started. Still, we have demonstrators here in Orlando from all the markets – South Pacific, Europe, and, of course, North America. 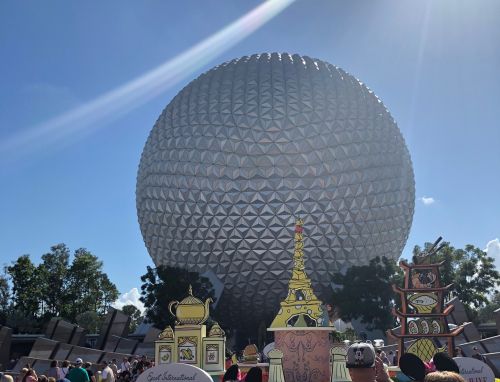 Everything started Wednesday with registration and Center Stage. Center Stage is for demonstrators who have achieved the level of Silver Elite and above. For live events, Center Stage is always entertainment, followed by additional training later in the week. Our entertainment this year was a day at Epcot. So fun! Mike & I had a blast yesterday at Epcot. Wesley, Katelyn, and Amelia were able to join us for the trip this year, and they had two-day Park Hopper tickets to Disney parks, so they played all day yesterday and today. We met up with them at Epcot at 1 on Wednesday, and we had such fun watching Amelia enjoy her first trip to Disney. She met Anna and Elsa from Frozen (the only thing she really wanted to do), rode lots of rides, and had great naps in the stroller she didn’t think she wanted to use. Here are some pictures, because I can never resist posting pics of my granddaughter. 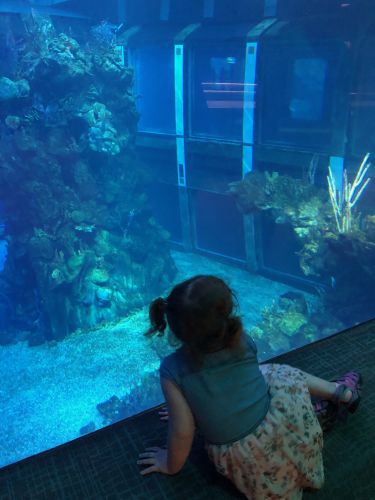 Amelia started her day at Magic Kingdom. This was very crowded, so she was a little intimidated and shy. She loved the Dumbo ride, though. When she went to Epcot, her favorite spot was the Nemo Adventures. I didn’t think we’d get her out of the aquarium. Maybe we should have gotten tickets to Sea World instead. She had a blast watching all the sea creatures. She watched the manatees for over an hour. 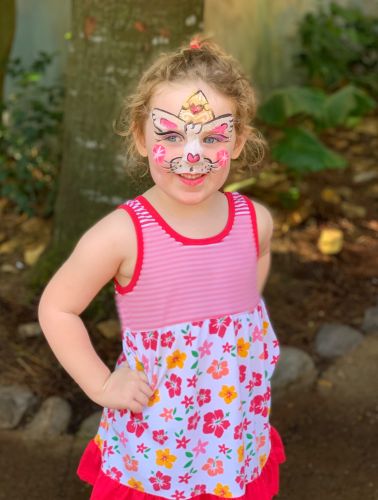 This was at Animal Kingdom on Thursday. She had her face painted and looks so grown up here! 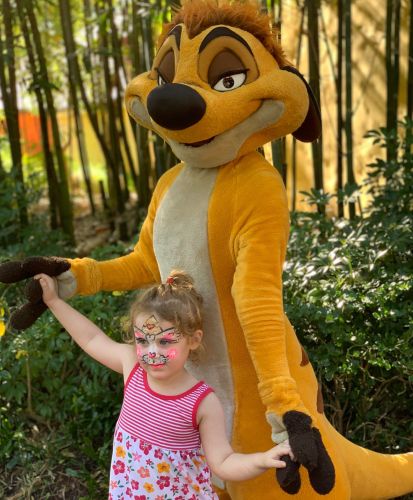 And here she is with Timon, from the Lion King.

Later on Wednesday, well after Amelia had fallen asleep in her Mickey Mouse stroller,  Center Stage achievers attended a special event at Epcot with fun desserts, music, and more. By that time, Mike & I were exhausted, so we didn’t stay long – especially since we had a sleeping child and super tired parents waiting for us. We were there long enough to eat a yummy doughnut, hear an announcement, and pick up my Occasions Catalog and a lovely gift from Stampin’ Up!®

So here’s the news. Stampin’ Up!® is doing something new. Again. But first – a little background.

When I joined Stampin’ Up!® 16 years ago, we had wood mount and foam stamps. You had to adhere the wood mount stamps to blocks and I was afraid I’d mess up. So as a newbie stamper, I ordered foam stamps – which were ready to use as soon as you got them, but didn’t give a lot of control, because they were on foam. (Think cheapie dollar store stamps for kids.) As a new stamper, though, these were ok for me.

I finally grew confident enough to order wood-mount stamps – mostly because I had to, because soon after I joined, foam stamps were retired, so I had to order wood-mount. We had to cut the stamp out of the rubber and trim around it before mounting to the wood block. My first few stamp sets were a little intimidating, but I soon got “the hang” of it.

Several years later, Stampin’ Up!® began die-cutting their red rubber stamps. All we had to do was punch them out of the rubber casing. So easy! And they added Clear-Mount Stamps, which could be temporarily attached to an acrylic block instead of permanently mounted to wood. They cost less than wood mount and took up less space. Needless to say, I became a clear-mountaholic. (Yeah – that’s another word I totally made up.)

Now we’re doing a new thing. I think this has been tested in the Japanese market for the last year or so, but beginning with the Occasions Catalog, Stampin’ Up! will be transitioning to “cling” stamps. We will no longer offer “clear mount” or “wood mount” stamp sets. All our stamp sets will be photopolymer or red rubber cling stamps. The Cling stamps are still red rubber, just like clear-mount, but the “cling” labels are super sticky.

How many of you never added the labels to your stamps because they didn’t stick well? (My hand is raised, even if you can’t see it.) How frustrated were you when your stamps fell off the block right as you were beginning to stamp or when you cleaned it before restamping? (Very frustrated.)

You don’t have to be frustrated any more! The cling stamps are super, super clingy. We used them today for a Make & Take, and, trust me, they stick really well to the blocks. You’ll want to be sure to pick them up from the corner so you don’t rip the foam, but they are a HUGE improvement over the clear-mount stamps. You get the wonderful stickiness of wood-mount with the temporariness (yeah, I made that up too) and space saving perks of the clear-mount. You’re going to love them!

The transition will be (somewhat) complete by the 2019-20 Annual Catalog. In North America, the background stamps will still be offered in wood for the time being. Sales will determine if the wood-mount background stamps stay around, so your purchase is your vote!

I’ll post some pics of our Make & Takes and some of my “swaps” tomorrow. “Swaps” is in quotation marks because I didn’t make swaps. I made some pillow gifts which I meant to show you today, but got distracted by Epcot. My dear, dear friends who got the pillow gifts gave me cards to show you! So check in tomorrow to see those

Among other things, I am a musician who enjoys papercrafting (specifically with rubber stamps), a Stampin' Up!® demonstrator, Christian, wife and mom to two great boys.
View all posts by buffycooper →
This entry was posted in Family Stuff, Stampin' Up!®, Stampin' Up!® News, Uncategorized and tagged #onstage2018, card making Winchester VA, Disney, Orlando Florida, paper crafts, Rubber Stamping, Stampin' Up!, Stampin' Up! Demonstrator Winchester VA. Bookmark the permalink.